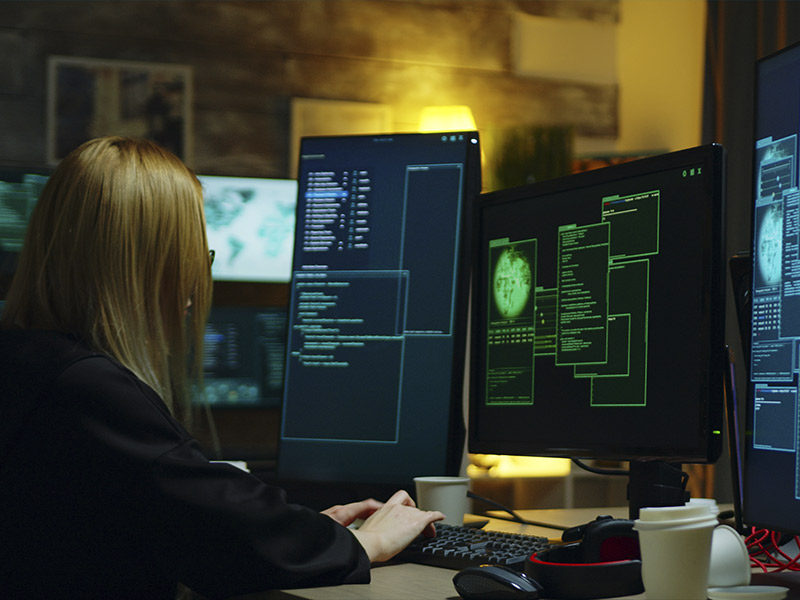 The role of numerical simulations in ZEOCAT-3D

In this short interview, Riccardo Togni from DCS Computing explains how using “digital twins” is paving the way for better design and prediction of chemical reactors

To tackle the ambitious challenges of the ZEOCAT-3D project, a synergy between theoretical knowledge, numerical modelling and experimental results is demanded. For this reason, the ZEOCAT 3D team includes experts in different fields, from particle and catalyst technology to 3D printing manufacture, through system modelling.

The model of the catalytic reactor represents the core activity of the partners IDENER (Spain) and DCS Computing (Austria). While IDENER paved the way for a multi-scale model representation of the catalytic reactor, DCS developed a hybrid 1D-3D model to efficiently simulate the methane flow and decomposition in plants spanning from lab-scale (order of the centimetre in length) to plant-scale (order of the meter). We are eager to hear more from one of the protagonists of this innovative process, our colleague Riccardo Togni, Senior Model Developer and Consultant at DCS Computing.

Before entering the technical details, can you introduce DCS Computing to our readers?
DCS Computing is a software and consulting company headquartered in Linz, Austria. DCS works on numerical computer simulations of flow processes involving granular media (i.e., particles) and fluids. Numerical simulations of such processes allow engineers or scientists to optimize the said process regarding energy and resource efficiency, pollutant emission or economic aspects.

DCS is home to the Discrete Element Method (DEM) simulation engine Aspherix® and LIGGGHTS®, which simulate the behaviour of particles, bulk materials, powders and granular materials. Furthermore, DCS develops the simulation engine CFDEM®coupling, which couples the DEM method to Computational Fluid Dynamics (CFD). The 1D-3D model is powered by the solvers Aspherix® and CFDEM®coupling.

In the ZEOCAT-3D project, what is the advantage of using a 1D-3D simulation compared to more conventional approaches?
Before answering this question, we need first to take a step back and understand what a computer simulation is. A simulation consists of the solution of a model performed automatically by a computer. A model, in turn, consists of mathematical relations (e.g., equations) that govern a given physical process, which could span from the motion of a fluid inside a reactor to the conversion rate of methane into aromatics. The computational effort required by a computer to solve a model depends essentially on the number and complexity of these mathematical relations.

In general, more accurate and “flexible” models are also more complex and expensive to solve; hence, the time required by a computer to “crunch the numbers” and return a solution grows together with the complexity of the model. There are still some problems whose simulation remains unfeasible or uneconomic, despite the state-of-the-art computers available today.

For the specific problems ZEOCAT-3D is addressing, 3D models are very accurate, as they solve directly and simultaneously the motion of fluid inside the reactor, the interaction between the fluid and the catalytic structure, and the chemical reactions. However, it would be unpractical to simulate a plant-scale reactor using a 3D model alone, as the computational effort would be too high. This translates into long simulation times, especially undesired during rapid-prototyping or multi-parameter studies. Hence the idea of mixing 3D with 1D models. The latter is computationally cheap and generally used to connect the solutions of the 3D model performed at specific sections of the reactor; see Figure 1a.

The catalytic structure resolved in the 3D model, shown in the lower inset of Figure 1a and in Figure 1b, consists of orthogonal layers of fibres in the so-called “straight channel configuration”. Due to the regular pattern of the catalytic structure, only a small portion of each reactor section is simulated, namely a box of lateral sizes d = 2df, where df is the fibre diameter. The larger lateral extension of the reactor sections is then modelled using specific numerical boundary conditions at the edges of the domain.

What is the solution proposed by the 1D-3D simulation?
Imagine you need to design a catalytic reactor with a defined geometry and functioning under specific conditions (operative temperature, methane flow at the inlet, etc.). One could simulate this process using our 1D-3D model to predict the performance of this design without manufacturing a lab-scale version of it. The process simulation certainly saves time and resources.

By solving the simulation, we measure the methane conversion, the average gas velocity and the pressure drop along the reactor, as per Figure 2. This information allows the engineers to evaluate the efficiency of a catalytic reactor, i.e., “how much energy do I need to spend to obtain a certain percentage of the product” (in this case, benzene and hydrogen).

Which is the type of 3D model used in the ZEOCAT-3D project?
The 3D model consists of particle-resolved CFD-DEM simulations. The Computational Fluid Dynamics (CFD) model solves the motion, heating, and chemical reactions of the gas mixture (methane, benzene and hydrogen) inside the catalytic structure of the reactor. These phenomena are governed by the Navier-Stokes equations (fluid motion) and the Arrhenius equation (chemical reactions). The Discrete Element Method (DEM), on the other hand, reproduces the solid-fluid interactions like drag and catalytic activation of the methane decomposition: this part, in concert with the CFD, determines how strong the pressure loss across the reactor is and how fast the methane decomposition takes place. If you are curious to know more, you can read the proceeding of the Particles 2021 Conference, where DCS Computing presented the hybrid 1D-3D simulation developed during the ZEOCAT-3D project for the first time. There is also a video presentation available, which you can find below.

What were the contribution and the role of the other Consortium Partners in developing this model?
The contribution of other consortium members was extremely valuable. The model has been released internally to the partners for testing, and we received some useful feedback that allowed us to improve it. My special thanks go to IDENER and Technical University of Eindhoven who requested and tested the model, and to the colleagues from the University of Poitiers (working at the IC2MP Lab of CNRS) and CARTIF for the fruitful discussions and data exchange regarding the catalytic reaction.

What do you expect would be future uses and academic or industrial applications for such a model?
In future, the 3D-1D model, better known in the ZEOCAT-3D project as the “Catalytic Reactor App”, will be capable to support academics and engineers in the design and optimization of catalytic reactors. The CFD-DEM and DEM solvers CFDEM®coupling and Aspherix®, continuously improved and extended by DCS, power the App.

From our experience, the interest in 3D-1D models for research and applications is increasing. We can say that with confidence, given the number of publications available on the topic and the ongoing requests from our customers. Although the application for the simulation of methane dehydroaromatization might be still a niche, the same approach can be extended to different multi-scale processes, from polymer extrusion to fuel cells design.

Thank you very much, Riccardo, for this wonderful chat!