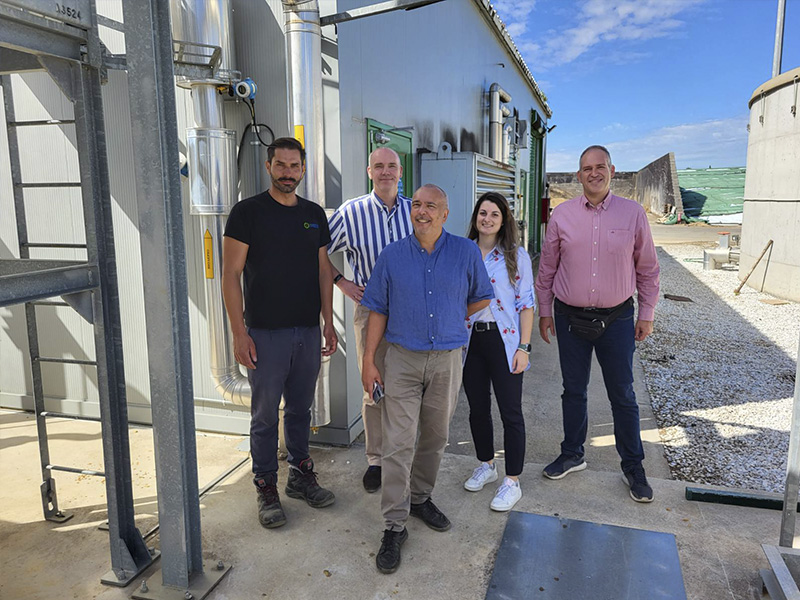 On the first day, BEN’s plant manager, Zisis Loukas, introduced the biogas production process and presented the facilities, including the new expansion, which improved the power plant’s operations from 1MW to 3MW. After the introduction, the group visited the site, which will host the commercial polymeric membrane optimized by the APTL/CPERI/CERTH team (Greece) and connect with the pilot-scale unit. The group discussed how the installation works, potential challenges and suggestions for improvement.

The day after, on 4 October, the group met again in Thessaloniki to explore various options for the commercialization and application of ZEOCAT-3D’s technologies. They also discussed alternative exploitation pathways till the end of the project and beyond.

After separating CO2, thanks to the membrane, the biomethane produced by the plant goes through a dehydroaromatisation (MDA) reactor, a core concept of the ZEOCAT-3D project. Colleagues at the IC2PM lab of the French National Center for Scientific Research (CNRS) in Poitiers, France, built the reactor and are testing it with the collaboration of other consortium members, such as VITO (Belgium), TU/e (The Netherlands), Lurederra and Tecnan (Spain).

While progress on the unit is still ongoing, with the implication from the whole consortium, the pilot-scale prototype is getting ready to operate. Continue to follow our ZEOCAT-3D news for updates!